Distributed Agent-based Simulation for the Humanities MWGrid was one of the seven strategic research projects funded by the AHRC-EPSRC-JISC e-Science Intitiative to pioneer the research agenda of the Arts and Humanities e-Science programme in the UK.  Details of the project are provided by UKRI  here.

The project sought to address the problems associated with early military logistics through agent-based modelling and distributed simulations. The need for medieval states to collect and distribute resources to maintain armies affected all aspects of political organisation and at critical times, when armies failed, the results could prove disastrous to society. Despite this, military studies seldom progress past the study of existing texts to bear out the pragmatic consequences of military behaviour, even though military activity in terms of resource allocation and consumption is decisive in shaping pre-modern societies.

MWGrid explored the military-logistical context of the Battle of Manzikert in 1071.Manzikert is a key historic event in Byzantine history. The defeat of the Byzantine army by the Seljuk Turks, and the following civil war, resulted in the collapse of Byzantine power in central Anatolia. Given the key position this event takes within the collapse of Byzantine power, the lack of consensus between historians on the numbers of men involved at, or even the route taken by the Byzantine Army to, Manzikert is profound.

The results of the project have had significant implications for study of pre-industrial societies in methodological and theoretical terms and will benefit academics with an interest in comparative military history, the cultural role of military organisation and the relationship of historical and modelled data.

The project also explored new infrastructures and algorithms for constructing and executing very large Multi-Agent models, including the PDES-MAS platform.

In addition to the conferences where papers on MWGrid were presented, the MWGRID Project was showcased in a number of leading national and international events, including: 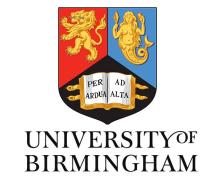